The AH4 Team will be abseiling down the Spinnaker Tower to raise money for The Countess of Brecknock Hospice.

Their Story
Kevin Heaton was diagnosed with cancer in April 2019, he underwent treatment and a major 8.5 hour operation. We all hoped that the surgery was a success but unfortunately in December  2019 a scan revealed that the cancer had spread. On the 3rd January  2020 Kevin received the results of another scan and got the devastating news that it is now terminal. 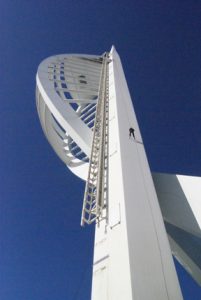 If you would like to make a donation please go to their just giving page, so far they have raised just over £1000.00

Your basket is currently empty.